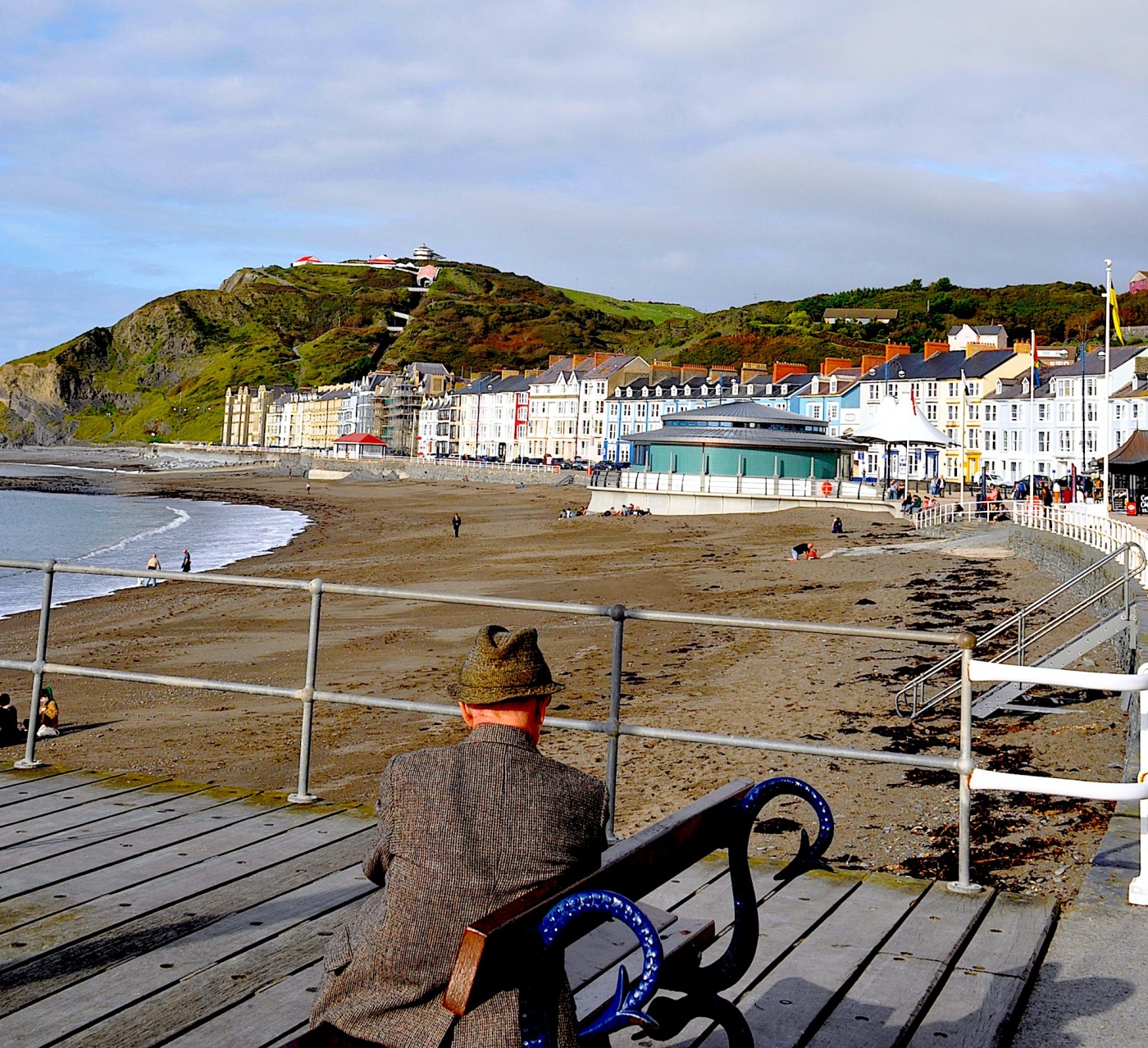 Once I got over my complete heartbreak of leaving Italy my sights were set on Wales. One of my travel goals was to go through the Chunnel (the underground train tunnel/chanel between Paris and London). I booked a seven and a half hour train ride from Milan to Paris with a five hour layover in Paris to switch stations. No biggie, the stations were 20 minutes away from each other. We had a great train ride, beautiful views of Switzerland and the French Countryside, with a little drama of watching some people get thrown off the train and arrested. I LOVE the train, I don’t know why we can’t get it together in the USA and develop our train system, but we are really missing out. Once we arrived in Paris it took us four and a half hours to make it the twenty minutes to the next station due to a protest in the city. We were so stressed out, our taxi driver was so stressed, but he worked really hard to get us there right in time to catch the bullet train to London.

The train was really cool, and so fast! In no time we were in London, hopping off the train in a station so similar to Harry Potter it was crazy. There were old brick walls giving way to glass storefronts, and marbled floors leading out to the English night sky. We jumped in one of the awesome old style London cabs and headed to our hotel to crash before our train ride to Aberystwyth the next day. I have to say it was a struggle to get used to people speaking English, it has been eight months since we were in an English speaking country!

The trains to Wales were quite a change from the ones in Spain, France, Switzerland and Italy. They weren’t nearly as nice, and were totally confusing. We had to move seats quite a bit due to the very strange cabin sectioning they have. The green fields outside were nice, but the train ride wasn’t. Yet, it was still better than a plane ride. We were quickly introduced to the cooler, rainier weather of Wales.

We arrived in Aberystwyth on a Sunday afternoon. It was completely quiet, like an abandoned train station. The slow drizzle and grey sky were a little ominous with the completely quiet streets. We walked through the corridors and found a taxi driver and immediately felt comfortable. He was really friendly and in the five minute (or less) ride from the station to our hotel he was proud to tell us all about the town and the area. As we pulled up to our hotel, with the ocean waves crashing on the shore across from the old buildings on the promenade it truly felt like we had entered a town that had been vacated. There was no one anywhere. I always appreciate when towns are closed on Sundays so people have a day of rest and community and given the drizzly weather it was understandable that people weren’t outside, but it was quite a contrast from the busy streets and squares of Italy and Spain.

Aberystwyth is a great location to get a feel of true Welsh culture, landscape, and community. It has several pubs, restaurants, one movie theater (more on this later), some  shopping, and the promenade. It is easy to make it through the town on foot in an afternoon, and I would highly recommend it. The Welsh people are very nice, but definitely more reserved than the Italian culture. We spent Sunday afternoon warming up in our very quaint hotel room before heading out for dinner in the local pub (which had vegetarian options-totally unexpected!). The pub had warm wood tones, lots of locals and comfy arm chairs to hang out and watch the game, the American Football game, which was shocking for me and fantastic for J. Things wrap up early in Aberystwyth, everyone is home by 9:00 so we followed suit and called it a day early.

Our first full day we decided to ride the Vale of Rheidol Railway. This railway was open in 1902 and runs the 12 mile route to the Devil’s Bridge Waterfall. The old steam engine train offers absolutely stunning views as it climbs the hills to reach the tiny little town close to the waterfall. The train stops at the station which is a bathroom, teahouse/restaurant, chocolate shop (yep we stopped there), and a really cool looking stone hotel. I really didn’t know what to expect of the waterfall so when I saw how majestic it was. The water flows under the three bridges, the earliest built by monks, the second built in the 1100’s and the last one, that is used now built within the last century. The waterfall falls a total of 300 feet to a stream which runs under the bridges, in-between two giant rock formations. The walk down and up is pretty steep and the steps are very damp. Luckily for me the day we were there I was able to observe it completely alone, but it can get fairly busy in the tourist season.

Each time we visit a new city I want to see it all, but I also want to experience the culture while we are there. In Aberystwyth I was too antsy to turn in at 9:00 so we decided to go to the small movie theater and see The Kingsman sequel. There is only one movie choice at this theater, and it plays once a night. It just so happened though that The Kingsman was special to the locals because Taron Egerton, is from Aberystwyth. Our tickets were old school raffle style tickets, and the counter was one person selling tickets, and next to her a young man selling popcorn. To get a beer I headed to the basement bar, ordered a draft and then carried it to our seats. After the previews the curtains close and on the left side of the screen a small door opened, and a woman stood at a counter selling candy, soda and other treats. The intermission lasted about 10 minutes and then we sat and enjoyed the movie. It was an incredible experience, going back in time about 50 years. It was easy to feel the sense of community and the innocence of the city while we were there. The walk to the hotel afterwards was the same. Everything felt so safe and innocent.

The next day we hung around Aberystwyth. We walked around looking at the stores, having coffee, and then walking along the water to the 13th century castle ruins and past the college, which looked like it could have been a back drop in Harry Potter. The ruins were really cool to see, and the view was absolutely stunning, despite the rainy weather. We had lunch on the promenade, fish and chips for J.-which he was pretty excited about. Then we headed over to the funicular to ride up to see the Camera Obscura. I had no idea what this was but it was a good excuse to ride the tiny funicular and get another view of the town and the town on the other side of the mountain. When we got to the top there was a little restaurant serving beer (the locals drink beer for breakfast, lunch and dinner here) and ice cream. There is a little path to the building housing the Camera Obscura, which is huge 14″ thick lens which shows views of Aberystwyth, 26 mountain peaks, and the surrounding towns. Unfortunately for us the weather was completely overcast and we were able to only see Cardigan Bay in Aberystwyth. It was easy to understand why the Victorian’s loved this machine.

On our last night in Aberystwyth we spent the evening in the most fabulous pub, The Libertine. The mahogany wood walls, the fabric or leather wing chairs, the sofas and coffee tables all dimly lit were the quintessential Welsh pub. On a Tuesday night we were one of the only peoples in the pub so we enjoyed their hospitality, incredible ambience and talked about our new love for steam engine trains. After drinks we walked hand in hand through the foggy evening, the only people on the streets, as if we were in some romantic movie. The waves slowly crawled high onto the beach while the wind whipped through the air. It was a setting I have never experienced in my life, a calm amongst a windy night, a feeling of being completely safe in an environment we have only begun to explore.

We stayed in the Gwesty Cymru hotel. I honestly can’t imagine staying anywhere else in Aberystwyth. The food, service and rooms were wonderful. The location on the water was perfection.

Our favorite restaurant was Medina for dinner. It was perfect for vegetarians and meat eaters. A casual place to eat a really fantastic Mediterranean inspired meal, with delicious beer and yummy deserts.

DO NOT miss The Libertine Pub. Take time to admire their incredible menu, relax in the dimly lit warmth of a Welsh Pub while enjoying the conversations of the locals.

2 thoughts on “The Simplistic Charm of Aberystwyth”