The city of Chefchaouen, the blue city, was supposed to be the highlight of our trip. I had dreamed of wandering the streets of this medina with its beautiful blue buildings set in the Moroccan Rif mountains. It was the light for me when things were tough in other cities as the people in Chefchaouen are supposed to be very laid back, credited to the large volume of marijuana grown and smoked in the area. 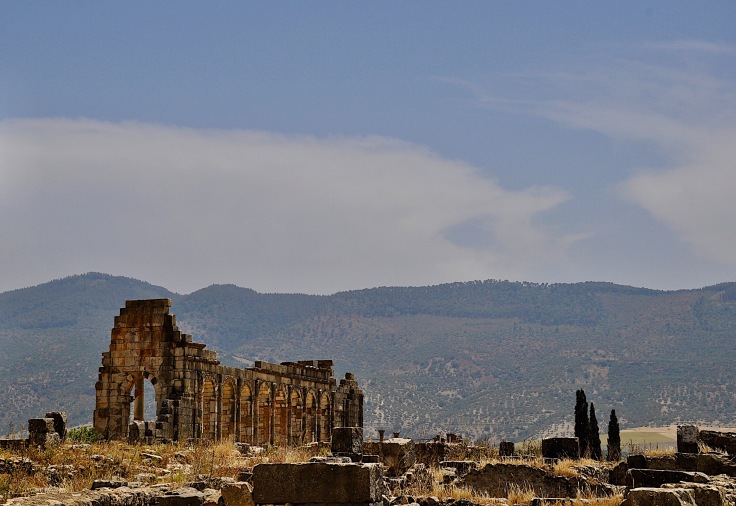 To get there from Fez we chose to travel with a driver so we could stop in the city of Volubilis to see the ancient Roman ruins. The town of ruins is set on a hilltop, off of the main road. It is home to amazing mosaics, statuary and some pretty grand arches. All around are rolling hills and open spaces. It was founded in the 3rd century B.C.. 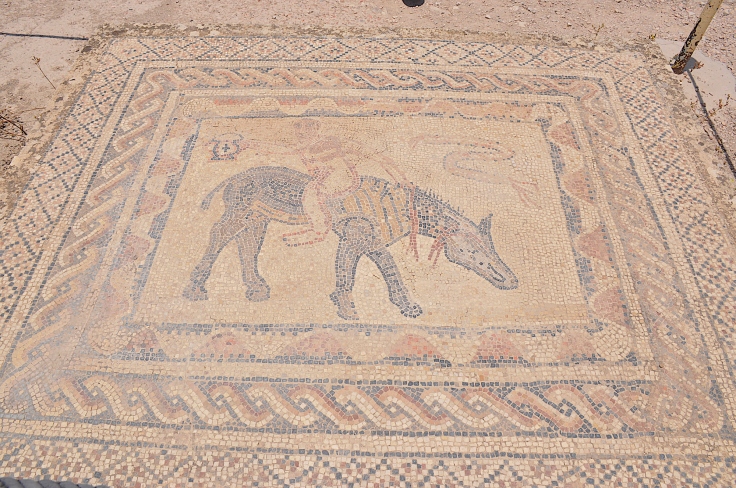 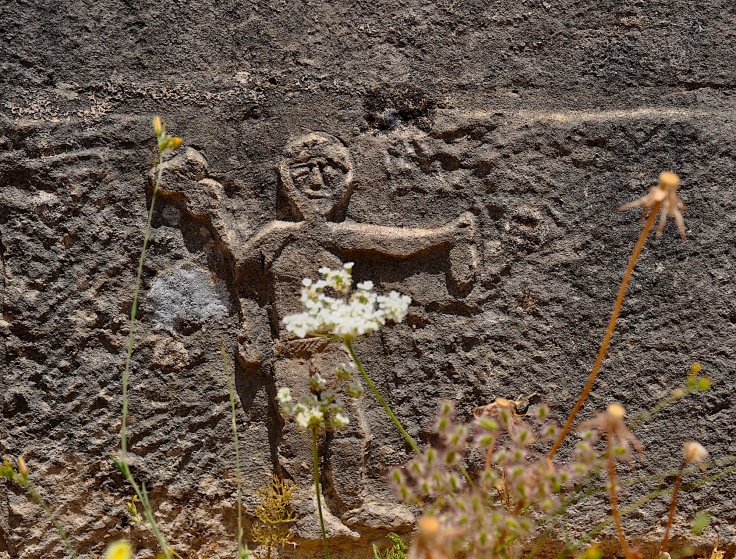 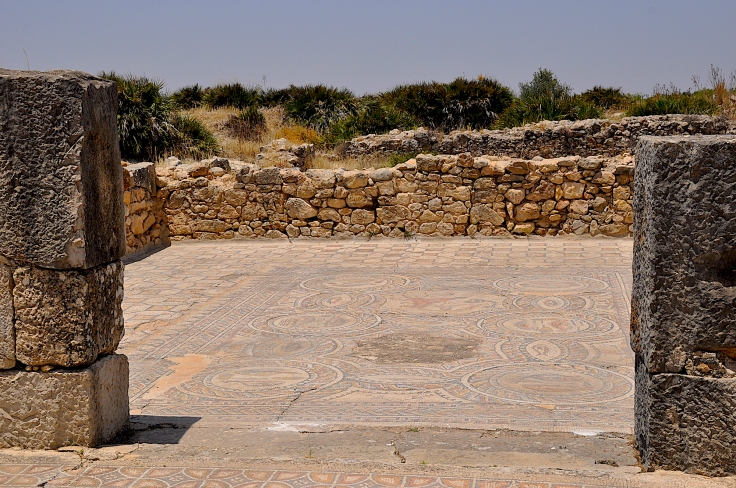 After our stop here we were on to the town of Chefchaouen. The approach to the city is phenomenal. It is tucked in between two large mountains, which offer the most incredible views at night. This also makes Chefchaouen a very hilly medina.

The drive into town was total chaos with the market going on. Cars were squeezed into the two lanes of traffic narrowly missing one another as each of us tried to reach our destination. The fruits and vegetables arranged in each stall offering a colorful path into the blue city.

When we started our walk into the city we were immediately mesmerized by the vibrant tones of blue painted on each home and running into the streets. Shop owners display rugs, clothing, bags and souvenirs along the blue walls making the whole area look like a colorful painting. Our riad was the most rustic one we stayed in with a room so tiny we could only open our suitcases one at a time. At night as we sat on the rooftop terrace the mountains came to light as the sun lowered. By late evening they appeared to be like a movie set, majestically standing against the dark night sky lit only by the moon above. I have never seen anything like this in my life. 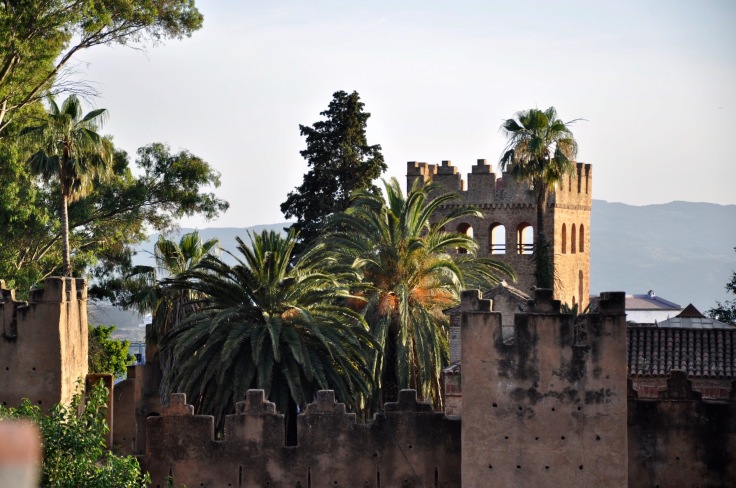 Our first full day in town we visited the beautiful Casbah, and for the first time in Morocco were able to sit in a square, eat, drink, shop and relax without anyone approaching us. The people were extremely laid back. It was like a breath of fresh air. Some of the buildings outside the medina are decorated with beautiful blue toned mosaics and decorative brick work. When you are standing at the top of the medina you have the most amazing view of the blue buildings as they rise into the mountains. 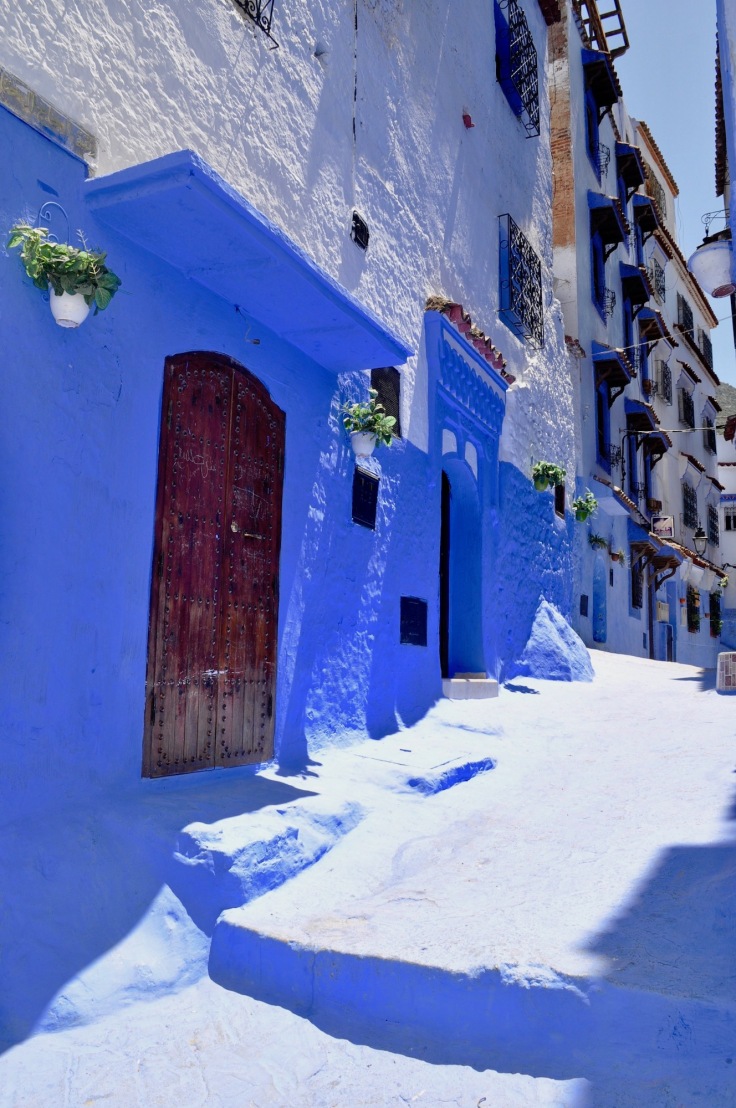 We found a hotel close by which actually served beer, so we relaxed on their terrace to watch the sun set. We felt totally safe roaming around Chefchaoeun looking at the beautiful architecture and alleyways.

Unfortunately after an incident in our riad, where someone walked into our room in the middle of the night while we were sleeping. When we said we wanted to leave early because we didn’t feel safe there the manager completely lost it. This was it for us. We had had enough of Morocco and decided to leave early to go to Spain. I was sad that it had worked out this way but a bit relieved we didn’t have to be on edge any longer.

We left Morocco by ferry from Tangier Med. It was a beautiful trip, at one point we could see both Spain and Morocco from our boat deck. It was sad to leave the place I had dreamed of for so long with a bad taste in my mouth. I quickly decided to leave the bad feelings behind and focus on the great people we met and things we were able to see.

If you are interested in traveling to Morocco check out my post about the Do’s, Don’ts and Things To Know.

6 thoughts on “The Blue City of Chefchaouen”